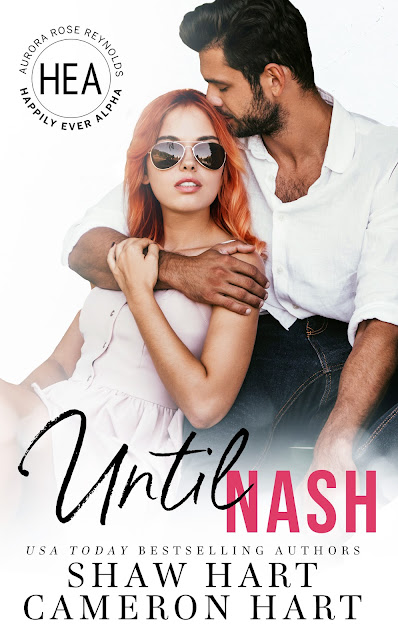 They say love is like war. Easy to begin but hard to stop.
Scarlett has been watching her father fall in love all her life. It never lasts and after a lifetime of uprooting her life so that her father can chase after his latest love interest, she’s done.
She’s sworn off love and dating. She never wants to settle down because she knows that it’s all a lie. Love never lasts.
Then she meets Nash.
The first time that Scarlett sees Nash, she knows that he’s dangerous. No one has ever tempted her to break her rules of engagement, but there’s something about the charming small-town lawyer that she can’t ignore.
When Scarlett has to face a new threat, she turns to Nash. He may be the enemy but he’s the only one who can help her out of this fight.
Except the more that the two fight her battle, the closer they get. Will the BOOM between Nash and Scarlett be strong enough to survive the war that’s coming?
Until Nash is part of Aurora Rose Reynolds’ Happily Ever Alpha World. If you loved Until November and Until Rex from the HEA World, then you will want to read Until Nash.
ADD TO GOODREADS 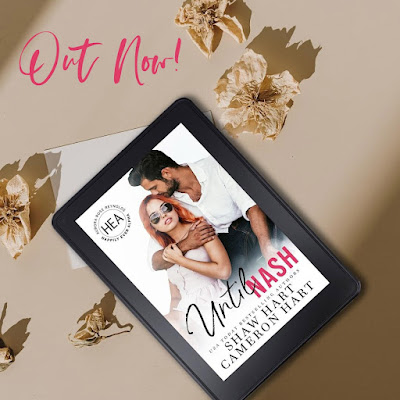 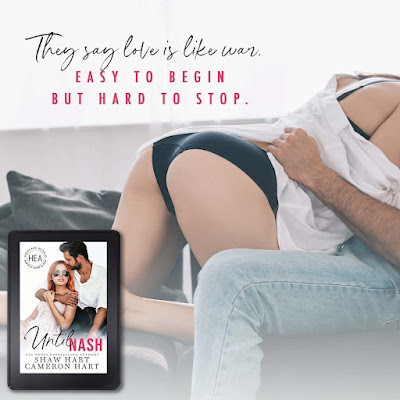 SHAW HART
Shaw Hart is an Amazon Top 100 best-selling author of contemporary and New Adult romance. She loves writing instalove romances that always end in happily ever afters.
She lives in a constant state of motion, chasing after her two children and three dogs. Shaw enjoys the simple things in life, like spending time with her family and friends.
When she’s not doing that, she’s reading romance books, watching stand up comedies or crime TV shows. Her favorite book tropes are secret baby and boss/employee romances. She’s a big fan of James Acaster, Anthony Jeselnik, Nate Bargatze, and John Mulaney’s comedy. Her favorite TV shows are Psych, Burn Notice, Leverage, Barry, Bob’s Burgers, and New Girl.
She’s a Pinterest addict, dog lover, tea snob, and a wannabe yogi.
She also writes contemporary romance books under the pen name, Rebecca Wilder, and she’s one half of the paranormal romance duo, Skye Alder.

Cameron Hart is a USA Today bestselling author of contemporary romance. She writes books with lots of heat, plenty of sweet, and just enough drama to keep things interesting.
Cameron graduated from the Iowa Writers Workshop in 2012 with a degree in creative writing. When she’s not working on her next book, Cameron can be found reading, crocheting, doing yoga, and chasing around her grumpy cat.
FACEBOOK
INSTAGRAM
WEBSITE

Aurora Rose Reynolds and her husband, Sedaka Reynolds, created Boom Factory Publishing to use their experiences to expand and promote upcoming and existing indie authors.
With over five years in the industry, and millions of books sold worldwide, we know what it takes to become a successful author and we will use this knowledge to take our authors to the next level.
“As a successful hybrid author in this ever evolving industry, I know that you’re only as successful as the team that is promoting you!” – Aurora Rose Reynolds
BOOM FACTORY LINKS
WEBSITE
FACEBOOK
INSTAGRAM
TWITTER 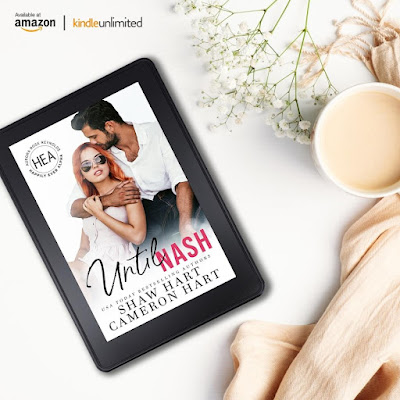